Are you soon going to Barcelona? Do you want to book a cheap bus Marseille Barcelona?


ComparaBUS is a long distance bus comparator in Europe. You can easily and quickly compare all offers from bus Marseille Barcelona. Find bus tickets at discount prices! ComparaBUS is not only a bus comparator, it allows you to compare all means of transport: bus, train, carpool and plane. How to find the ideal bus ticket? Sort bus offers by price, time, or travel time.


Count at least 16.98€ for Marseille Barcelona coach tickets. The travel time is approximately 6h50m. The distance is 338 km.


Find all the information for your bus trip between Marseille and Barcelona:

Addresses of bus stops at Marseille and Barcelona

Where are the bus stops at Marseille

FlixBus is the leader in the long-distance coach market in Europe and was launched in 2013. Thanks to your ComparaBUS comparator, quickly visualize all the cheap Marseille Barcelona FlixBus offers.

Eurolines is a coach company that was launched in 1985. Each year, more than 4 million passengers are carried. How to find cheap Marseille Barcelona Eurolines tickets? Use our ComparaBUS transport comparator!

What to see during your trip in Barcelona

Barcelona is located in Catalonia (Spain). The city has several beaches and numerous places to visit. If you are looking to party, do some sightseeing or enjoy the sea and good weather, you have found the place to spend your holiday!

3 essential places to visit in Barcelona: 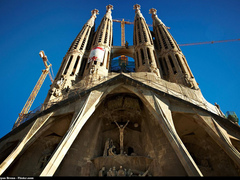 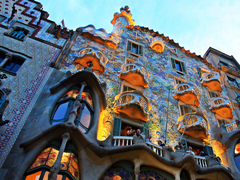