Train companies in the UK

The UK rail industry has gone through a significant transformation over the past years, making it one of the safest, reliable, and most considerable rail networks all over the world.

The UK trail sector was fundamentally transformed over the period 1994/97.There was the complete separation of infrastructure from operations and privatization basing on the franchise of passenger services.
The most significant train companies in the UK train sector basing on customer satisfaction include; Arriva Rail London, Hull Trains, Grand Central, Merseyrail, Chiltern Railways, Virgin Trains, Virgin Trains East Coast, ScotRail, London Overground and Heathrow Connect.
The UK rail system has over 32,000 track kilometers, 2,500 stations, and 4,000 trains. It prides on providing over 20,000 daily services on their 4,000 trains with an average of 1.5 billion passenger kilometers.

Find all information about each train operators in UK :

Compare all train companies with ComparaBUS

ComparaBUS, the a train comparator in UK, allows you to compare all the train companies' offers. You can find the cheapest train tickets for your train trip. The results can be sorted by time, company and price. You can aswell compare all modes of transportation : bus, carpooling and flight. About the train company Virgin Trains

Virgin Trains is a train company operating in the UK and currently owned by the Virgin Rail Group.It has been in operation since 9th March1997. The main routes from London include; Scotland, Northwest West Midlands and Chester. Other routes include; Holyhead, Shrewsbury, Blackpool, and Wrexham. Virgin train fleet size -56 class 390 Pendolino sets, 20 class 221 Super Voyager sets. Virgin Train Company has employed over 3,400 employees. About the bus company Northern

Northern is a subsidiary of the Arriva Group which is among the most significant providers of passenger transport in Europe. It began its train operations in the Northern Franchise on 1st April 2016. It employees over 60,000 people and its main routes are; North West, North East and Yorkshire and the Humbler. It has a total fleet size of 373 units with four units leased from TransPennie Express. In addition to that, it operates 476 stations. About the bus company ScotRail

ScotRail is a subsidiary of Abellio and has operated the ScotRail franchise since 1st April 2015 after taking over all the services previously managed by First ScotRail. The train company mainly operates in Scotland with other regions including Northumberland and Cumbria. The train company operates a total of 353 stations in Scotland.The current fleet size of ScotRail include; six Mark 2 Carriage, two 156 Super Sprinter, two 158 Express Sprinter, three 170. 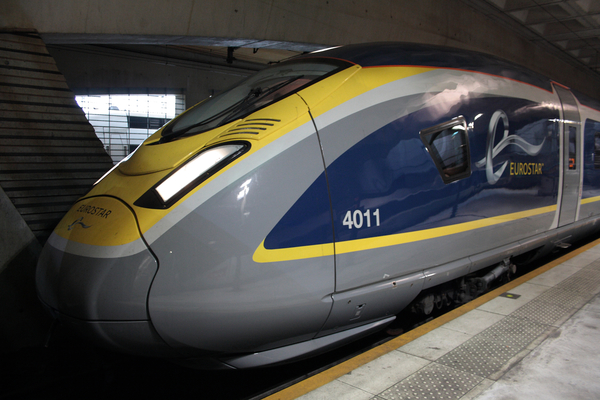 + Information about Eurostar ➧
About the bus company Eurostar

Eurostar is a train company that connects London to various cities in Europe including; Amsterdam, Avignon, Lille, Lyon, Marseille, Paris, and Rotterdam. It is owned and operated by Getlink. The company prides on doubling the number of visitors traveling from destinations like London to Paris and Brussels. The fleet size; 27 class 373/1(e300) sets and 17 class 374 Valero (e320) sets. The Channel Tunnel currently used by Eurostar holds the record of passing through the longest undersea area anywhere in the world and also the second longest rail tunnel in the whole world.