Find the cheapest bus tickets from Edinburgh to London with National Express, Megabus, FlixBus and BlaBlaCar. Bus tickets prices from £12. The trip lasts between 8h01m and 18h35m.

Do you have to go to London from Edinburgh? To book cheap Edinburgh London bus tickets, go to our ComparBUS.com comparator. You can easily sort your offers by price. A little tip: to find the best rates, don't forget to book your ticket as soon as possible.


What is the price of a Edinburgh London bus ticket? The bus is a really economical means of transport. The Edinburgh London buses start from £12. The bus journey is much longer than the train journey, it will take at least 8h01m. The distance between the two cities is 288 km. Here is the list of companies that make this trip by bus: National Express, Megabus, FlixBus and BlaBlaCar.


ComparaBUS.com is a unique platform. Very practical, it allows you to see in a single click all the possible transport offers to travel from Edinburgh to London: bus, train, carpool and plane.


The airplane is the fastest but most often also the most expensive means of transport. Bus and carpooling offers are among the cheapest, but the journey time is much longer. The train is a good compromise in terms of travel time and price. Use our platform to find the best transport offer for your trip.


All the information you need to prepare for your coach trip from Edinburgh to London:

Addresses of bus stops at Edinburgh and London

Good to know, there are many different bus stops at London for National Express, Megabus, FlixBus and BlaBlaCar companies:

National Express is the leading bus company in the UK bus market. Many destinations are offered across the country. Find cheap National Express Edinburgh London tickets with ComparaBUS.

Megabus is a bus company that sells bus tickets from £1. Over 90 destinations are offered mainly across the UK, including Edinburgh, London, London, Birmingham, Birstol and Edinburgh. Thanks to your ComparaBUS comparator, quickly view all Megabus Edinburgh London cheap offers.

Megabus is a subsidiary of the British transport group named Stagecoach. Megabus is a major player in the low-cost bus sector. Find cheap Edinburgh London Megabus tickets with ComparaBUS. 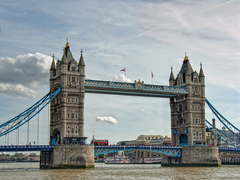